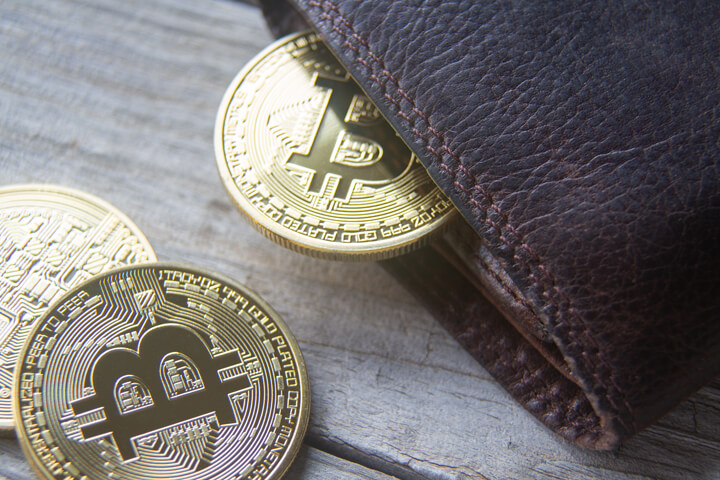 Row of cryptocurrency coins in morning light with hard shadows