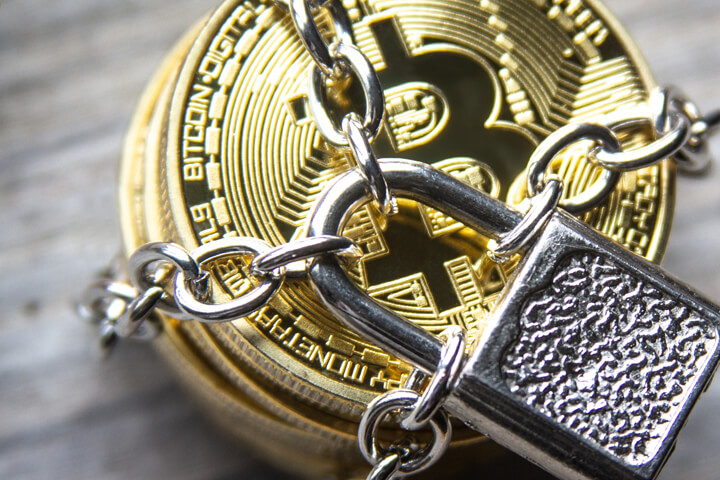 Top view of a stack of bitcoins on 100 dollar bills