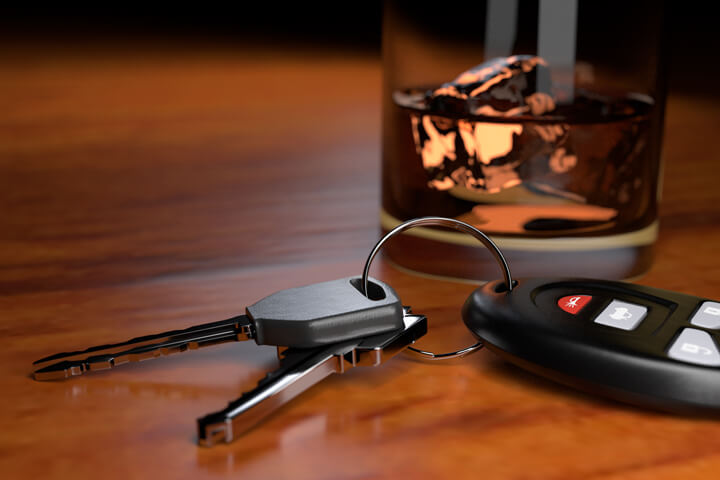 Images similar to 'Whiskey glass and car keys on bar'