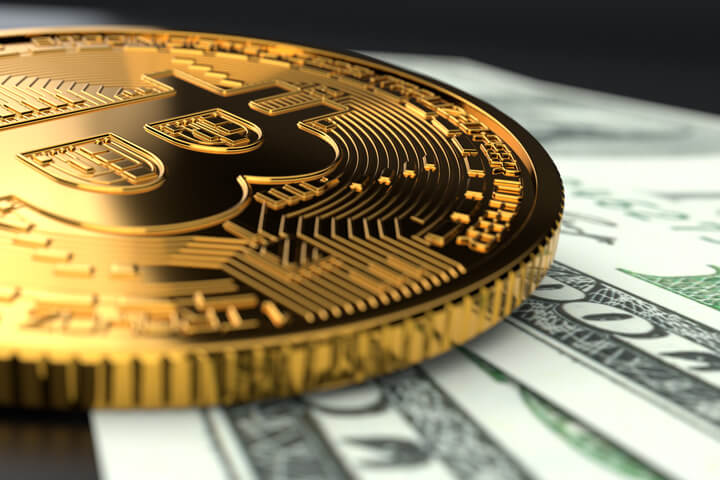 Insurance policy next to stack of Bitcoins concept for Bitcoin insurance