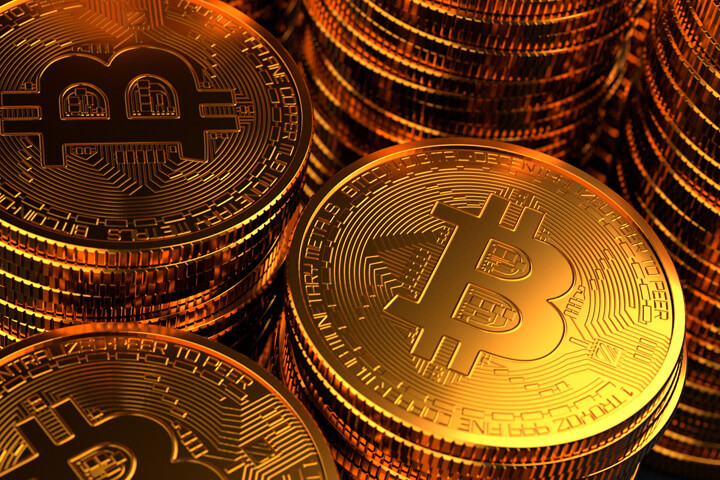 Close-up photo of stacks of Bitcoins with dynamic lighting