Close up photo of padlock and chain around Bitcoins 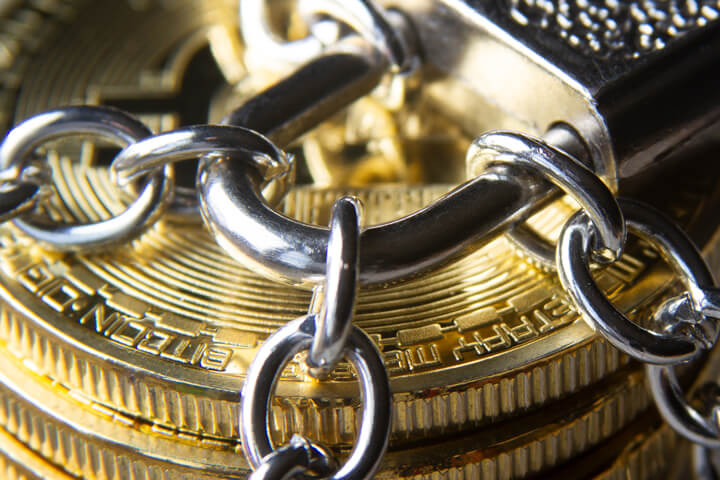 Scattered cryptocurrency coins with focus on Bitcoin and Litecoin

Bitcoins stacked in order with golden light from back