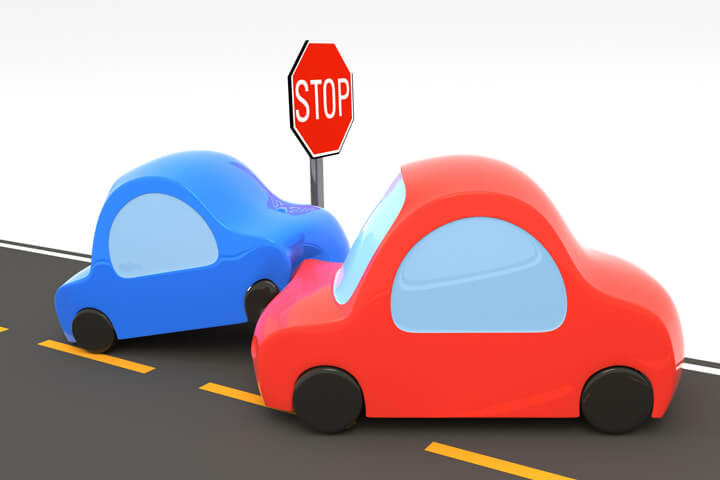 Cartoon 3D render of a vehicle collision at a stop sign