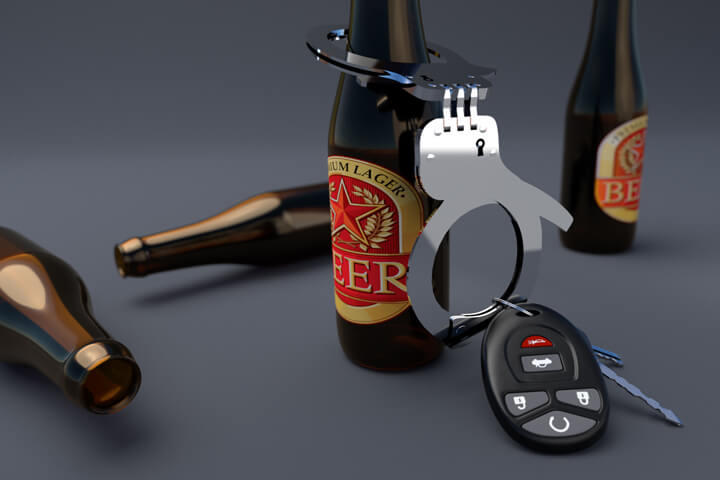 Images similar to 'Car keys cuffed to a beer bottle'